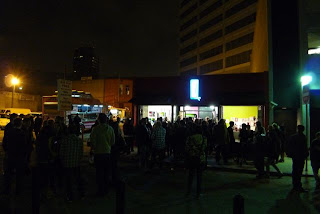 Thanks to all that came and made Q POP's Grand Opening such an amazing success!!
We were so happy that so many of you came out to show your support.
It was a really fun experience and crazy too!! Since it was our first event and exhibition, we were definitely learning as we went. Often times totally winging it...haha..
Festivities started at 7 and the people started to pile in almost immediately. 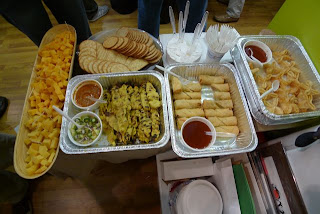 The Flying Pig Truck was outside , small finger foods were set up from It's Thai, and plenty of beer from Kirin was on hand..
Sounds smooth..but as of 6:45..we didn't even have all the artwork up!!!
AAAAA...craziness..
Thank the maker, our good friends Paul and Leana Rudish came to the rescue and helped hang the show. We managed to get the last pieces up just as people started to trickle in. whew...
But...wait, we forgot tags...or we forgot .....lol.. 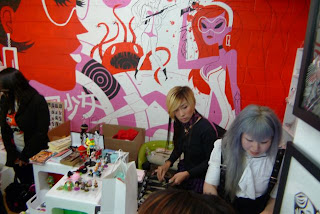 Irene Yuen to the rescue next...talk about serious multi tasking skills...and what a great photographer too!!! Without us asking, she just jumped in feet first and manned the register...while Nagi helmed the bar...throwing out Calpico, Kirin, and nigori sake to thirsty customers.. 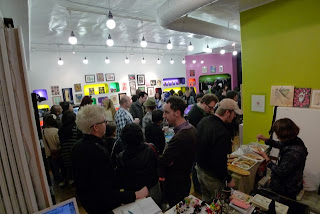 By about 8 PM, the place was packed and the line to the register started to wrap around the Q table. People picked up cool new Sex Pot, Algonquins, Super Lovers, and Swimmer items... 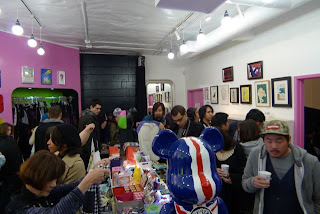 It was really just an overwhelmingly positive response and we were so happy to see everyone.
All the walls were adorned with amazing art from over 40 artists from around the world. 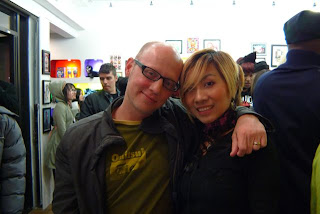 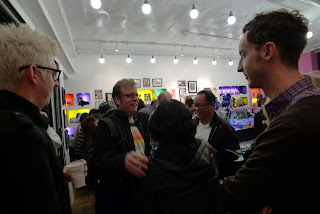 Some celebrities also showed up, like regular customer Josie Stevens and her husband Steve... 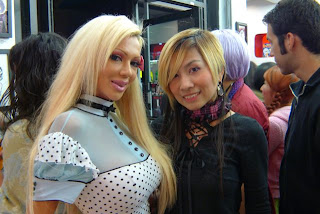 It was quite a fun and diverse mix of people ...from sexy rockstars to dirty scientists, cute lolitas to the wrinkly elderly...
Q Pop welcomed them all!! 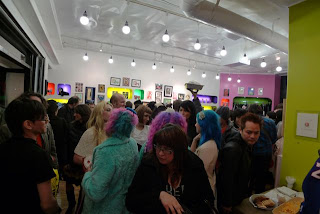 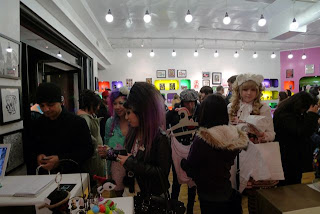 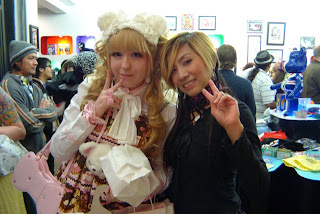 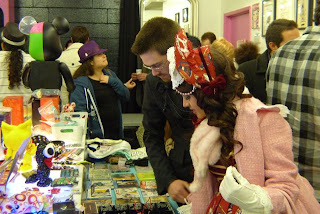 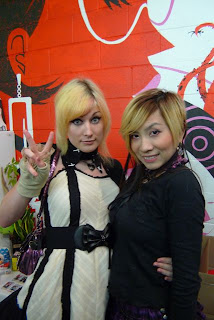 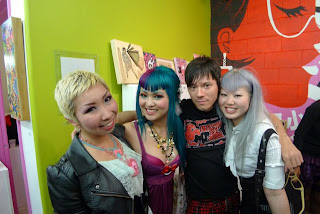 We are already planning our next event, which will take place sometime in May, so please mark your calenders!! Let's try to make the turnout even bigger for the next one!!! Hope to see you all there!!
Posted by Chris Mitchell at 12:46 PM No comments: